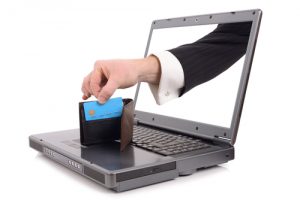 Earlier in 2017, major credit reporting agency Equifax had a data breach that exposed the personal information of approximately 143 million Americans. In the wake of this incident, many Americans are left wondering whether their information is adequately protected. If you were to become a victim of identity theft, would you be able to get it resolved? With the right insurance policy, you can count on the protection you need for your sensitive identifying information.

The Equifax data breach made headline news and lasted from May into July. Hackers accessed names, birth dates, addresses, Social Security numbers, and even some driver’s license numbers through Equifax’s database. The hackers also obtained credit card numbers for over 200,000 people and other personal identifying information. Victims were from the United States, the United Kingdom, and Canada. It was so significant that the U.S. Federal Trade Commission released a post about how to know if you were affected and what to do to protect yourself.

Homeowners insurance policies may or may not cover identity theft. While some policies offer little or no coverage, a good policy will provide you with thorough protection and resolution services for identity theft. Some of these services may include:

What If My Homeowners Insurance Policy Doesn’t Cover Identity Theft?

If your homeowners insurance policy doesn’t cover identity theft, find out whether you have other protection. Some banks provide automatic identity theft insurance for holders who have certain types of accounts. Multiple states in the U.S. offer free assistance for identity theft through places such as the Identity Theft Resource Center or attorney general’s office.

If you don’t have the protection you need, you may want to purchase additional insurance (such as identity theft insurance) or add identity fraud expense coverage to your current homeowner’s policy. In the meantime, keep your eyes open. Check your credit reports, closely monitor all of your existing accounts, and consider placing a credit freeze or fraud alert. In today’s digital world, identity theft is a real threat, and you can never be too careful.

Ready To Work With Us?